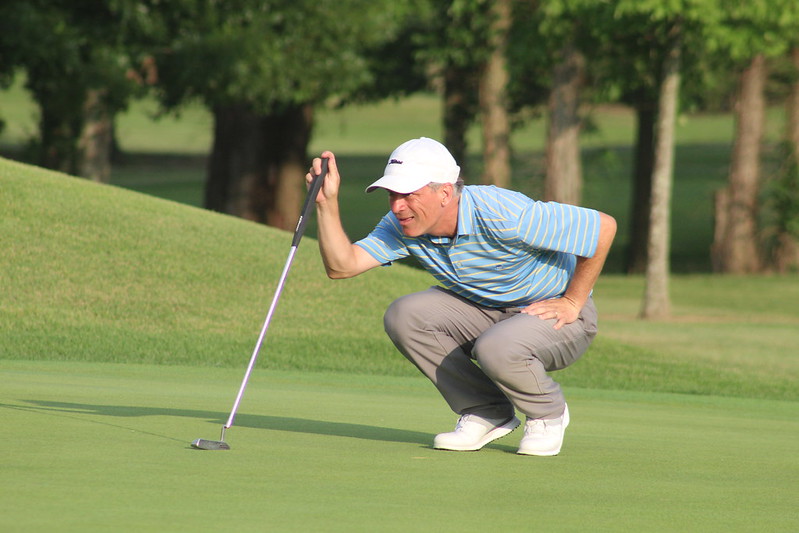 When it comes to embodying what the model PGA Professional should be, starting with Eric Gilliland is a fine example to begin. The Head Golf Pro at Audubon Country Club in Louisville is a friendly figure to his membership, fellow Kentucky PGA Members and the community at large. His work extends far beyond Audubon’s property and with matters in life much more important than golf. Literally and figuratively, Gilliland’s hike to success and helping others reach success makes him a stalwart figure in Kentucky golf.

The son of an army dad, Gilliland did lots of moving across the country throughout his youth. Introduced to golf directly by his grandfather, Maryland was the site of where Gilliland fell in love with the game. A 36-hole military course at the base his dad was stationed at offered an annual junior membership fee of $65. Summers there were thus spent with Gilliland playing every hole each day. He joined his local high school’s golf team when he started his freshman year and held one of the team’s top two spots, but after his sophomore year, his dad was stationed to San Antonio, a spot the family had been previously. Now attending a school with a deeper pool of talented golfers, Gilliland went from top player to the junior varsity squad. It was a humbling moment, but a motivating one as well for him to improve his game.

His next stop became Centre College where he played golf for the Colonels while studying Government & History. The intention was to become a political analyst afterwards, but while on a flight sitting next to his roommate, Gilliland was persuaded to give the world of golf a try. Deferring grad school, Gilliland went to Kearney Hill Golf Links and worked alongside Mike Fields, a long-time PGA Member with the City of Lexington who retired a few years ago.

Gilliland went on to spend the first year of his career in the golf industry at Kearney Hill before heading to Old Bridge Golf Club in 1994. He then went down the road to Danville Country Club completing a stint there before Gilliland began to doubt his future within the golf business. Entertaining the thought of switching up his career, Chris Davis, an Assistant Professional Gilliland had worked with at Kearney Hill and had relocated to Audubon, called him about an open spot at the Louisville club. That put Gilliland in an interview with Dick Bradow, another PGA Member within the Section who was Audubon’s Head Professional at the time. That interview happened in 1995. In the quarter-century since, Gilliland has spent all but two of those years working at Audubon.

An Assistant Professional at Audubon to begin, Gilliland held that role for a couple years before the two-year gap came in 1997 when Gilliland accepted Oxmoor Country Club’s Head Professional job. It was an enjoyable role, but in 1999 Bradow took a new position with the PGA of America which opened the door for Gilliland at Audubon. The job was his and 21 years later, it still is.

“The vibe of the membership combined with the classic golf course is what I love about being here,” Gilliland said. “The membership treats us like part of their family and while I don’t lose focus of the fact I’m an employee, my staff and I try to raise the bar every year to make it a better club for everyone. I’ve always had people I love working with here as well, and a lot of young professionals enjoy coming here because it’s a great place to launch a career in golf. All those folks just add to what makes this such a special spot.”

The road hasn’t always been easy though, and it took a hard left turn when he was 35. Gilliland noticed he had some rectal bleeding and mentioned it to his wife one evening who, slightly alarmed, relayed she had just read an article about a list of health conditions you can’t ignore, and rectal bleeding was one of those items. He went to have a colonoscopy as a precautionary measure. That evening, shortly after the procedure, Gilliland found himself in immense pain.  When he called back to the doctor’s office, he discovered that the polyps were cancerous and that his bowel had been perforated during the removal of a polyp.  The perforation could potentially lead to spread of the cancer.  Gilliland had an emergency bowel resection surgery performed the next day. In the span of 24 hours, Gilliland had gone from normal living, to finding out he had colon cancer, to then being aware the cancer could be flowing throughout his body.

Recovery from the procedures took a few months, but Gilliland recalled the scariest part of that timeframe being the fear of if the cancer actually had spread. There were questions of if he would need chemotherapy, radiation or other aspects cancer can force upon one’s lifestyle. Simply, it was a time with lots of questions that had no immediate answers.

“We ultimately decided to go against chemo and radiation because there was no hard evidence the cancer had spread. I had annual colonoscopies for several years which eventually determined the cancer was gone and now I’m on a normal schedule. Afterwards, I really started to wonder how we could drive colon cancer symptom awareness and that the age marks for getting checked were beginning to change. A fair amount of people knew I had been diagnosed, but probably weren’t aware of those factors. We wanted to get that word out and decided to do something at our home club.”

Gilliland had participated in some golf marathons with professionals at other facilities, but the idea to do one at Audubon to raise awareness about colon cancer and benefit organizations attempting to combat it became a reality in 2013. One day a year, Gilliland plays 100 holes of golf in the day alongside his Audubon family, coworkers and/or Audubon members. Thanks to the hike, nearly $80,000 has been raised in its history which includes more than $14,000 for this year’s edition that occurred in July. Beyond the financial aspects, the hike has achieved its mission by bringing awareness to those around it and starting conversations that need to take place. 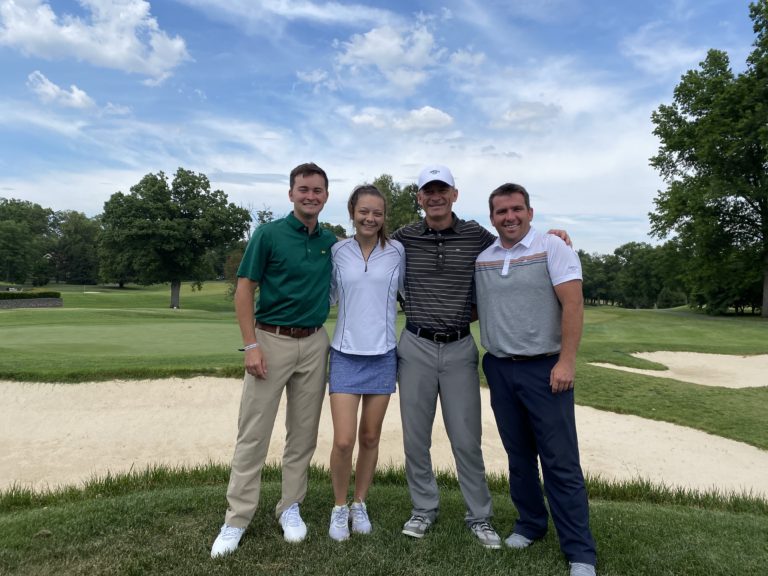 “Not too long ago, one of my members called me saying he was experiencing rectal bleeding himself and wanted my take on it. He trusted me as just his golf professional to get my opinion. And a doctor from the University of Louisville called me of all people to better understand the symptoms I experienced prior to my diagnosis. I have frequent conversations with people about symptoms and what folks can do to familiarize themselves with the disease. Talking about these things and actually getting diagnosed are difficult for people to talk about because it’s uncomfortable, but we’ve been able to attract so many folks to this cause because we’re having these conversations.”

The work Gilliland has done goes beyond Audubon and to the whole state itself. He serves as a board member for the Colon Cancer Prevention Project, founded by Dr. Whitney Jones, which is national leader in the fight against colon cancer. The time Gilliland has spent on their board has led to him visiting the State Capital in Frankfort, along with his daughter Libby, to meet with representatives on funding colon cancer prevention across the state. At one point, Kentucky ranked 48th in the nation with its amount of colon cancer cases. Now, thanks in large part to Gilliland’s work, Kentucky has improved to 20th.

There is work to be done though. Much of it, whether it’s colon cancer or something else, can be generated by Kentucky PGA Members just by starting simple conversations.

“I’d love to see more PGA golf professionals in the state doing things like this at their own facilities. Not necessarily for the same cause, but we all have things we’re passionate about. We don’t realize the influence or role we have in our communities because we are so immersed in our do day-to-day roles and it seems inconvenient to do something like this. But when you put effort into it, the reward is so amazing and the number of people you touch makes it worthwhile.”

“Lack of awareness is no excuse for not getting screened or knowing the symptoms. In less than a minute you can learn what to look for and potentially save you and your family a tremendous amount of pain in avoiding this mostly preventable disease.”

To learn more about the signs and symptoms of colon cancer, click here.

To donate to Eric’s cause and support the 100-Hole Marathon and its beneficiaries, click here.