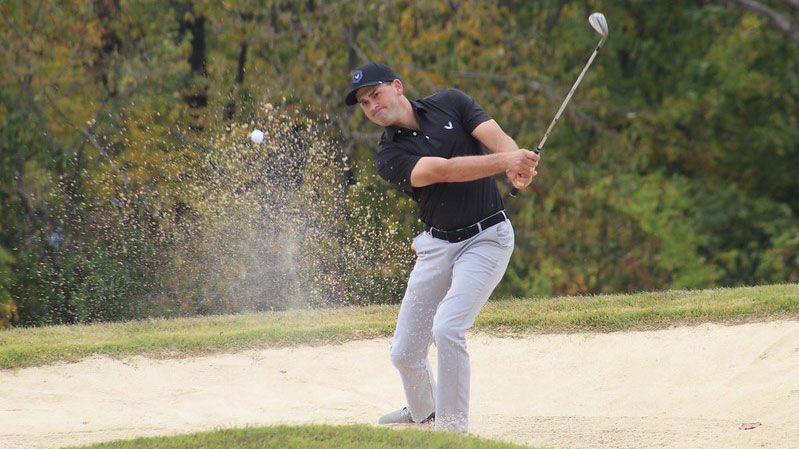 Our look-back on 2022 ends with what just happened as we examine the happenings of October, November and December. As is tradition, Q4 in Kentucky golf was highlighted by the marquee event for the state’s youth at Bowling Green Country Club with the KHSAA State Championships.

The gentlemen had the honor in starting the week’s play with breakout star Brady Smith ending a career year with the biggest victory of his young career. The round of the week to open the competition, a 67 (-5), allowed Smith some cushion to take the Individual Championship for the first time. He now has won both the Individual and Team titles in the last two years after his Christian Academy of Louisville squad won the latter prize in 2021. Another Smith finished runner-up to Brady as Seth Smith from Taylor County High School ended up one shot back of Brady.

The ladies concluded the Bowling Green festivities with Trinity Beth adding to her early potential of being one of the best female junior golfers Kentucky has ever had. The freshman at Marshall County High School won by three strokes over Cathryn Brown and now, like Brady Smith, Beth has won both the solo and group trophies at State. Given Beth’s age and the depth of the girls’ team at Marshall County, more titles could very well be on the way in the coming years.

But the week as a whole belonged to Madison Central High School who became the first team this century to win both genders’ Team Championships in the same year. The teams were welcomed back to Richmond with a level of enthusiasm not seen until Argentina welcomed their World Cup champion team returned home from Qatar. Warren Thomis had the best score among the boys’ team while Elizabeth Eberle set the pace for the girls’ lineup during their respective tournaments in Bowling Green.

Another prestigious event took place in October, but this one was a new addition unlike the traditional State Championship as the Clark’s Pump-N-Shop Kentucky Mid-Am took place during the tenth month of the year for the first time. Big Spring Country Club – Harmony Landing Course was the host as the top male amateurs aged 25 or older arrived in Goshen hoping to collect one last premier trophy before the year was up. Austin Gutgsell was successful in that venture as the Louisiana native who now lives in Louisville got a three-shot victory. He, Matt Epperson, Brett Metzger, and David Shearn were the main characters vying for the title during most of the final round, but as trouble popped up for the latter three contenders, Gutgsell maintained a steady hand on his game as he picked up his first individual championship in Kentucky.

The finale for elite junior competition in the state was held shortly thereafter at Cherry Blossom Golf Club with the Lou Perry Tour Championship. Two players who had already won a major on the Kentucky PGA Junior Tour earlier in the year each collected their second respective major of 2022 as Zach Watterson and Athena Singh both went wire-to-wire for the overall titles. The nine-hole players at this tournament were particularly impressive which signals even higher quality of play from Kentucky Junior Golf could be on the way. In round one alone, nine different players who are no older than 12 shot even-par or better rounds. How those players continue to blossom during 2023 will be one of the more fascinating things to watch next year.

A new premier competition for Veterans had its debut event at Valhalla Golf Club as the first-ever PGA HOPE Kentucky Cup was held. Four members from PGA HOPE chapters across the state teamed up with a PGA Professional who instructs PGA HOPE with spots in the Secretary’s Cup, the premier nationwide PGA HOPE tournament, up for grabs. The winning team and claimer of that exemption included Chad Martin, PGA, Curtis Graffam, Dwight Griffith, Daniel Brown, and Evan Brown. Those five will head to upstate New York next spring to compete in the showcase event right before the PGA Championship tees off from Rochester at Oak Hill Country Club.

As all tournaments slowly fizzled out and the offseason arrived, the organizations’ Player of the Year races reached their conclusion and one of the closest races in history took place for the ROLEX Larry Gilbert Player of the Year prize. Of all the prizes for this to occur in, it just so happened to be the one with the biggest prize attached to it as a spot in the 2023 Barbasol Championship was on the line. It came down to Jesse Massie, PGA and Mitchell Moore, PGA and after each player amassed almost 6,000 points throughout the year, it came down to less than a point to decide it. Massie edged Moore by a quarter of a point to win the award and obtain the spot in the PGA TOUR event in Nicholasville next summer. Quite literally, one shot over the course of the year could have swayed the result in the opposite direction. It’s cliché to say “every shot matters” but it truly did in 2022. Between Massie and all other Players of the Year, we salute each of them one last time on their outstanding seasons.

Many of those players should have ample opportunity to create more magical moments in their careers, but six people in golf who we know have had a surplus of great accomplishments are Dick Bradow, PGA, Buddy Bryant, Kevin Greenwell, PGA, Betty Baird Kregor, LPGA, Tennye Ohr, PGA, and Pat Stephens, PGA. On December 15, those half-dozen names officially became part of the Kentucky Golf Hall of Fame and were celebrated at Griffin Gate Marriott.

That marked the conclusion of a busy, triumphant year for Kentucky golf. There’s more greatness to be made and more people to introduce golf to in 2023 and we’re excited to be a part of it all. No matter what the next 365 days have in store, we’ll remember 2022 fondly for all the countless memories and history made.