Getting Coached on College Golf Coaching with Adam Gary, PGA 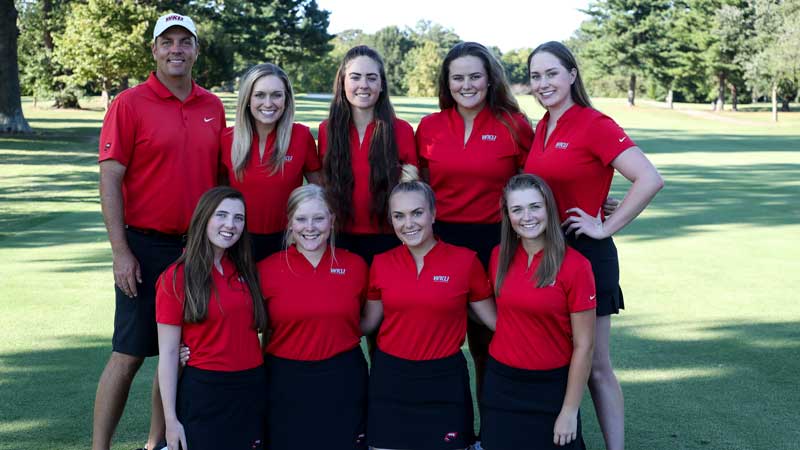 Coaching in college golf may not provide the national attention that college football and college basketball coaches get, but for Adam Gary, PGA Women’s Golf Coach at Western Kentucky University, the love and dedication he has for his job is no different than that of Nick Saban or John Calipari.

Gary would not have believed you if you told him when he was a teenager that he would be coaching a collegiate golf team one day, but his delight for his work is evident. Born into a golfing family in Bowling Green, his grandfather was a charter member at Indian Hills Country Club which Gary’s father would become a member at as well during the 1970s. Once the golf bug got into Gary, he knew he wanted his career to be in the sport.

At first, the ideal scenario was to be playing professional golf. Gary went to Florida Gulf Coast University and played on their Men’s Golf team while majoring in Business Management. Admittedly, Gary was unsure of what he would want to do with his career if playing professionally didn’t work out, and after several years of playing mini tours following his graduation, the time had come to explore other options while he was in his mid-20s. He came back to the Bowling Green area and started giving lessons at Kenny Perry’s Country Creek in Franklin.

After a few years of teaching students, a passion for getting the most out of people’s golf games resonated with Gary and he realized he had found what he wanted to do. But not long thereafter, something off his radar came about when he received word that the Hilltoppers were looking for their next Women’s Golf Coach. Gary put together a resume and was chosen to take the job which began his first season in 2014-15.

The intricacies to college golf coaching are much more complex than meets the eye. At tournaments, spectators see coaches giving players yardages, offering words of support and evaluating their players’ performance. For Gary and every other college golf coach, the job requirements are substantial.

“During the season, this is absolutely a seven day per week job,” Gary described. “We have to follow NCAA rules and can only do a certain number of hours of activities each week. Every player’s playing time and practice time has to be logged and submitted to the NCAA. On non-tournament weeks, we have workouts on Tuesday and Thursday mornings with meetings afterwards. The players have Wednesdays off, but I’ll still be busy that day formulating lineups and coming up with practice plans or workout plans. The team plays golf on the weekends which also serves as qualifying for who plays in tournaments. Events themselves are generally Sunday through Tuesday and then we’ll travel back to Bowling Green that night.”

The Hilltoppers typically play five tournaments in the fall season and another five in the spring season. Among those spring tournaments is WKU’s very own event, the Hilltopper Invitational which takes place just outside of Tampa, Florida. For a good amount of the year, part of Gary’s workload focuses on that event. Responsibilities include coordinating the proper dates, for the sake of his team, the golf course and other teams shaping up their schedules to ensure as strong of a field as possible. Orchestrating logistics such as lodging, food for the other teams and who will be working the event as a starter, rules official or anything else needs to be sorted out by Gary. The fact he is working on all this almost 800 miles away doesn’t make it any simpler.

Then there’s the matter of recruiting. Much of Gary’s offseason work is dedicated on bringing in the newest members of the Hilltopper roster which brings about its own challenges. Three of the members of the 2019-20 team hail from Kentucky. Michigan, Tennessee and Illinois each have one representative. There are also two golfers that are from England on this year’s roster and they are not the first ones Gary has recruited from a European country. Bringing them to the team is its own challenge as the travel budget Gary operates under does not make international travel realistic, so he stays in communication with European agencies those golfers belong to that bring prospective athletes of golf and other sports to American colleges. When Gary makes his case to them and American prospects, his pitch is simple and designed without pressure.

“I never really put a hard sell on any prospects; I want WKU to serve as a good fit for them and I want to make sure they would be a good fit with us. Choosing what college to attend is one of the most pressure-packed decisions any person faces and I don’t want to make that any tougher on them. Both the player and our program will have a checklist with what’s being looked for, and if they decide to go somewhere else because we didn’t check enough boxes for the player, you can’t be mad at that. When it comes to what I tell players, I just say that we’ve gotten progressively better in national stroke average as a team every year since I arrived. At first, WKU was 181st in Division 1 Women’s Golf in stroke average and now we’re 97th. Our players do a lot of the recruiting for us when it comes to statistics like that and telling prospects they think this is a good place to be which they can continue to develop themselves. Every coach out there is going to talk about the positives of their program so you have to identify what makes yours unique and run with it.”

NCAA rules become more restrictive during the offseason in terms of the amount of time Gary can spend coaching the members of the team. When schedules allow and hour restrictions are not exceeded, Gary will give lessons to the team’s players and also do teaching of his own with people not affiliated with the golf team, harking back to his time at Kenny Perry’s Country Creek. Now that WKU has opened its own golf-specific training center, there will be opportunities down the road for Gary and those watching over the Men’s Golf team to lead outside camps and clinics.

One thing that adds to the challenge for Gary is that he is the sole coach and facilitator of the program. He does not have any assistants or coordinators so everything related to the program happens under his watch. It differs from program to program as other schools dedicate only one coach for its respective golf teams. Bigger schools that enter every season seeking a national championship could have as many as three coaches serving on some basis. As Gary has discovered, it makes the art of college coaching that much more interesting.

“The communication styles coaches have with a women’s team versus a men’s team are so much different. I’ve found that a much higher number of men enter college golf with the ambition of playing professionally. Not nearly as many ladies do, so their majors and academic lives are geared so much more towards planning for a future career in that field. There are just so many good junior golfers in today’s world and so many opportunities for each of them. That means regardless of who you’re coaching, everything has to be individualized for each player. Everything the players practice and the amount of hours they put in is logged, so I have to make sure they have the opportunity for them to set themselves apart by letting them evaluate what they need. Once it comes together and you see that improvement, that becomes the most rewarding part of my job. A lot of times as a golf instructor, you only work with a student for a small proportion of the time and don’t have the opportunity to see them grow. I spend four years with a bunch of great players and have the chance to celebrate their accomplishments and growth with them while watching it happen.”

Gary wears a lot of different hats with his job, as many PGA Member Professionals do in their respective jobs. One seldom identifies a PGA Professional as a college golf coach, but Gary has enjoyed the challenge of his job and hopes more people aspiring to get a PGA Membership will consider entering the world of college coaching. As someone who never imagined himself in this position, Gary preaches to his players and others that you have to be ready to take opportunities you might not see.

“I’ve never been much of a goal-setter and even today I’m not one today. I never dreamt of being a college golf coach, but I met people who had connections that helped me get to this position. So much is out of your control in life and you just have to be ready for whatever comes before you. You’ve got to keep doing the right things and try to get a little better at what you do every day. I’d love to win a conference championship one day, but it’s not a be-all end-all for me. If I take care of my team and their families, things will take care of themselves and the results will come if you cover that.