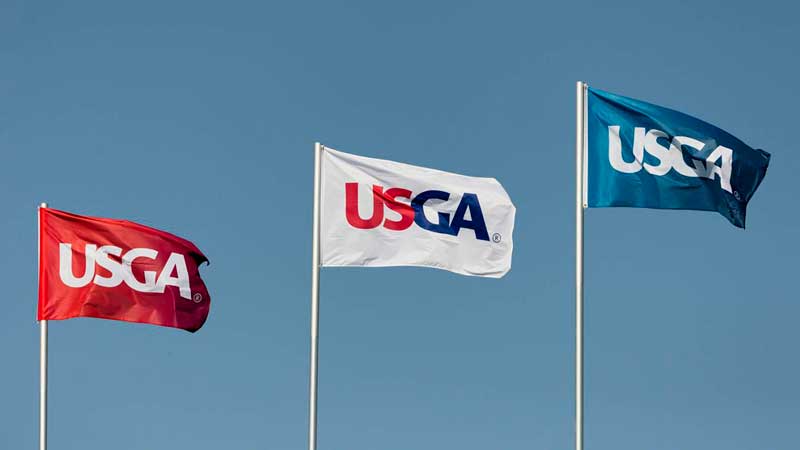 On a windy and rainy day at Kearney Hill Golf Links in Lexington, six golfers were able to persevere through the difficult conditions and land themselves in the next stage of US Open qualifying.

Austin Greaser, Trevor Johnson, Chip McDaniel, Jesse Massie, Evan Davis, and Ethan Shepherd went the lowest in the field on Thursday, May 9 in Kentucky’s lone US Open Local Qualifier. Each player will now play in a Sectional Qualifier on Monday, June 3 with spots in the US Open at Pebble Beach Golf Links on the line.

Greaser walked away with medalist honors following a round of 67 (-5). His round got off to a hot start thanks to four birdies in the first six holes, and in the remaining twelve holes he recorded eleven pars with one eagle, which came on the par 5 14th hole. The sole bogey in his round came on the difficult 4th, and as a result of his consistent play he was able to breathe the easiest of those chasing one of the six spots as the day winded down.

Johnson, McDaniel, Massie, and Davis each recorded rounds of 68 (-4), which was good enough for a two-shot cushion to secure themselves spots in Sectional Qualifying. Massie was the only player in the field who recorded a bogey-free round, as he made fourteen pars to go along with four birdies on the 3rd, 5th, 12th, and 16th holes.

The cut came at 70 (-2), which Ethan Shepherd was the only other player to reach. Seven players finished one shot behind him at 71 (-1) meaning that one more stroke taken by Shepherd would have resulted in an eight-for-one playoff. Shepherd can attribute a birdie on the final hole as the reason why he was able to distance himself from those fighting for the elusive sixth spot.

Nine Sectional Qualifiers will take place across North America on June 3 and the six qualifiers from Kearney Hill will have their choice in where they want to play that day. In all likelihood, however, most if not all of the six players will be going to Ohio, where there are two Sectional Qualifiers taking place. One of which is at Springfield Country Club in Springfield while the other will occur in Columbus at Scioto Country Club along with Brookside Golf & Country Club. On that day, 36 holes of stroke play will take place to determine who advances to Pebble Beach.

Our sincerest congratulations go out to the six players who advanced on Thursday, and we also would like to express our appreciation to Kearney Hill Golf Links for hosting this Local Qualifier. For the complete results, click here.